Accelerating diversification and transition efforts on a global scale.

For Dev Sanyal (MALD 88), the journey towards pursuing a low-carbon energy future began decades ago when the idea of transitioning to renewable energy sources was yet to hit the ground for many businesses.

Having spent three decades in the UK-based oil and gas company BP plc, including as chief executive of Alternative Energy as well as heading the Natural Gas and Low Carbon Energy business, Sanyal has built a career helping companies find sustainable energy solutions. And he has set decisive sustainability goals for the company he now leads.

In January, Sanyal was appointed chief executive officer of Switzerland-headquartered energy company VARO Energy AG, and set his sights on achieving carbon neutrality by 2040. He said the current global political turmoil that began during his tenure, while not an exclusive driver, did bring a sharp focus on energy asymmetry in the world and highlights the need to accelerate the energy transition at scale. 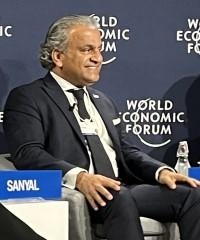 What the world needs to do in the face of a looming energy crisis, he said, is to adopt four pillars of transformation: democratization, decarbonization, decentralization, and digitalization.

"We have to rapidly decarbonize the existing system because that is going to make it more efficient and environmentally friendly; we need to decentralize the system by enabling greater access which is what renewables energy does; we have to focus on digitalization as the use of data will help optimize the system." As for the current asymmetry? "It's not sustainable and it requires democratization, by which I mean moving away from the concentration in oil and gas where just four nations control 50% of resources."

And further, he pointed to an urgent need for diversification into new energy sources. VARO Energy intends to lead the industry with $3.5 billion allocated over the next five years to pursue a strategy that has approximately two-thirds of total investment earmarked for integrated sustainable energy solutions across sectors.

This bold leadership and deep understanding of international affairs particularly in the context of climate first began to take shape when Sanyal arrived at Fletcher after completing his studies in India.

Then a young man with curiosity and drive but no professional experience, Sanyal credits Fletcher with instilling in him a keen ability to think ahead and around corners, as well as fostering his entrepreneurial spirit that continues to guide his professional journey, even today.

"Much ahead of its time, Fletcher's approach was to think of geopolitics, to think of international economics and to think about the world in a very holistic way," he said. 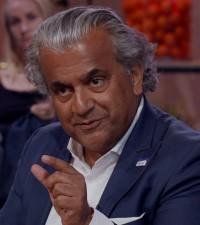 "In those days, companies tried to replicate their home country in their host country but that's not the way the world – which was on the cusp of globalization – actually worked. That era came to an end with the advent of globalisation and Fletcher prepared me for that new world."

He recalls learning to connect dots and study the interdependence of seemingly unrelated events, while honing his ability to get along with diverse people from across the world. These capabilities have been instrumental in shaping his professional goals during a long career that has spanned seven countries and four continents, and during this time serving on the energy advisory board for the Government of India, the Centre for European Reform, Centre for China in the World Economy at Tsinghua University and the Duke of Edinburgh's Foundation as well as the board of Fletcher.

"The Socratic method of teaching at Fletcher, which is about discussion and debate, challenges us all to question things – about energy, the economy or politics – and has served me well as a leader both within business and beyond."