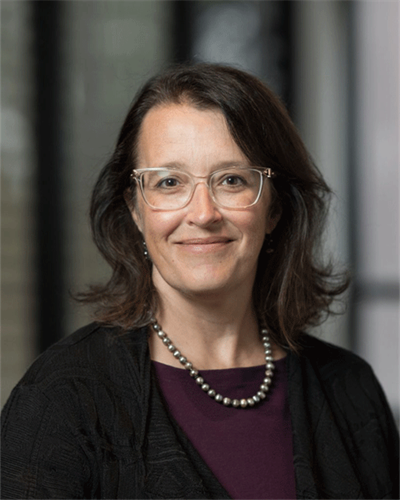 Professor of Energy & Environmental Policy
Director, Center for International Environment & Resource Policy
Academic Dean
(617) 627-2706
kelly.gallagher@tufts.edu
Research/Areas of Interest: -Energy and climate change policy in the United States and major emerging economies -Processes of technological innovation (especially the role of public policy) with a particular emphasis on the deployment of advanced energy technologies, including the transfer of technologies from one country to another -Green industrialization

Kelly Sims Gallagher is Academic Dean and Professor of Energy and Environmental Policy at The Fletcher School, Tufts University. She directs the Climate Policy Lab and the Center for International Environment and Resource Policy at Fletcher. From June 2014 – September 2015 she served in the Obama Administration as a Senior Policy Advisor in the White House Office of Science and Technology Policy, and as Senior China Advisor in the Special Envoy for Climate Change office at the U.S. State Department. Gallagher is a member of the board of the Belfer Center for Science and International Affairs at Harvard University. She is a non-resident Scholar at the Carnegie Endowment and she also serves on the board of the Energy Foundation China. Broadly, she focuses on energy and climate policy in both the United States and China. She specializes in how policy spurs the development and deployment of cleaner and more efficient energy technologies, domestically and internationally. A Truman Scholar, she has a MALD and PhD in international affairs from The Fletcher School, and an AB from Occidental College. She speaks Spanish and basic Mandarin Chinese, and is a member of the Council on Foreign Relations. She is the author of "China Shifts Gears: Automakers, Oil, Pollution, and Development," (The MIT Press 2006), editor of "Acting in Time on Energy Policy," (Brookings Institution Press 2009), "The Global Diffusion of Clean Energy Technologies: Lessons from China," (MIT Press 2014), Titans of the Climate (with Xiaowei Xuan) (MIT Press 2018) and numerous academic articles and policy reports.
(read more)