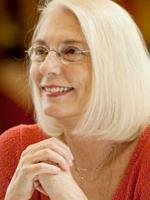 Eileen F. Babbitt is Professor of Practice of International Conflict Management, Director of the Henry J. Leir Institute, and Co-Director of the Program on Human Rights and Conflict Resolution at The Fletcher School of Law and Diplomacy. She is also a Faculty Associate of the Program on Negotiation at the Harvard Law School. Her research interests include identity-based conflicts, coexistence and trust-building in the aftermath of civil war, and the interface between human rights concerns and peacebuilding. Her practice as a facilitator and trainer has included work in the Middle East, the Balkans, and with the United Nations, U.S. government agencies, regional inter-governmental organizations, and international and local NGOs. Before joining Fletcher, Professor Babbitt was Director of Education and Training at the U.S. Institute of Peace in Washington, D.C. and Deputy Director of the Program on International Conflict Analysis and Resolution at the Weatherhead Center for International Affairs, Harvard University. Professor Babbitt's latest publications include: "Preventive Diplomacy by Intergovernmental Organizations: Learning from Practice," International Negotiation (2012); "Conflict Resolution as a Field of Inquiry: Practice Informing Theory," with Fen Osler Hampson, International Studies Review (2011); and Human Rights and Conflict Resolution in Context, co-edited with Ellen Lutz, Syracuse University Press (2009). Professor Babbitt holds a Master's Degree in Public Policy from the Kennedy School of Government at Harvard University, and a PhD from MIT.
(read more)
Career Highlights / Publications Research Professional Activities Courses / Teaching Activities