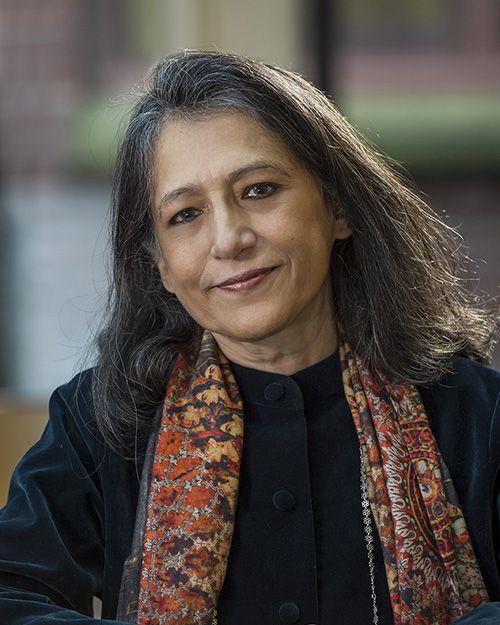 Ayesha Jalal is the Mary Richardson Professor of History at Tufts University. After majoring in history and political science at Wellesley College, she obtained her doctorate in history from the University of Cambridge. Jalal has been Fellow of Trinity College, Cambridge (1980-1984); Leverhulme Fellow at the Centre of South Asian Studies, Cambridge (1984-1987); Fellow of the Woodrow Wilson Center for International Scholars in Washington, D.C. (1985-1986); and Academy Scholar at the Harvard Academy for International and Area Studies (1988-1990). From 1998-2003 she was a MacArthur Fellow.

Her publications include "The Sole Spokesman: Jinnah, the Muslim League and the Demand for Pakistan," "The State of Martial Rule: the Origins of Pakistan’s Political Economy of Defence," and "Democracy and Authoritarianism in South Asia: a Comparative and Historical Perspective." Jalal has co-authored "Modern South Asia: History, Culture and Political Economy" with Sugata Bose. Her study of Muslim identity in the subcontinent, entitled "Self and Sovereignty: the Muslim Individual and the Community of Islam in South Asia since c.1850." Her most recent book is "Partisans of Allah: Jihad in South Asia."

Self and Sovereignty: Individual and Community in South Asian Islam Since c. 1850s (2000)

Nationalism, Democracy and Development: State and Politics in India (co-editor) (1997)

Democracy and Authoritarianism in South Asia: A Comparative and Historical Perspective

The State of Martial Rule: The Origins of Pakistan's Political Economy of Defence (1990)

The Sole Spokesman: Jinnah, the Muslim League and the Demand for Pakistan (1985)

Battle for Pakistan (in preparation)

An Uncertain Trajectory: Islam's Contemporary Globalization, 1971-1979' in The Shock of the Global: The 1970s in Perspective, edited by Niall Ferguson, Charles Maier, Erez Manela, and Daniel Sargent (forthcoming)