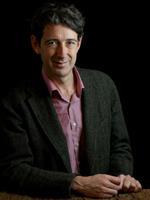 Alex de Waal is the Executive Director of the World Peace Foundation. Considered one of the foremost experts on Sudan and the Horn of Africa, his scholarly work and practice has also probed humanitarian crisis and response, human rights, HIV/AIDS and governance in Africa, and conflict and peace-building. His latest book is Mass Starvation: The History and Future of Famine (Polity Press 2017). He is also he author of The Real Politics of the Horn of Africa (Polity Press, 2015), a full list of his publications is available below. Following a fellowship with the Global Equity Initiative at Harvard (2004-06), he worked with the Social Science Research Council as Director of the program on HIV/AIDS and Social Transformation, and led projects on conflict and humanitarian crises in Africa (2006-09). During 2005-06, de Waal was seconded to the African Union mediation team for Darfur and from 2009-11 served as senior adviser to the African Union High-Level Implementation Panel for Sudan, where he took on a number of roles in the negotiations leading to the independence of South Sudan. He was on the list of Foreign Policy's 100 most influential public intellectuals in 2008 and Atlantic Monthly's 27 "brave thinkers" in 2009.

Prof. Alex de Waal regularly teaches a course on Conflict in Africa at the Fletcher School, Tufts University. During this course, students should gain a deeper understanding of the nature of contemporary violent conflict in Africa. Students will be expected to master the key theoretical approaches to violence in Africa, and to become familiar with a number of important case studies. The focus is on the origins and nature of violence as well as policy responses and solutions. The course is inter-disciplinary and involves readings in political science, international relations, and social anthropology, while also touching on economics, environmental studies, and history.
(read more)
Career Highlights / Publications Research Professional Activities Courses / Teaching Activities