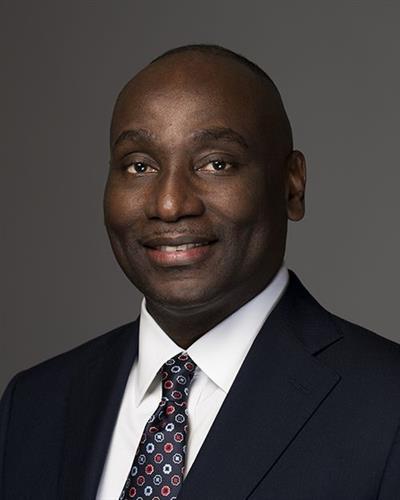 Dr. Abi Williams is a scholar, international affairs practitioner, and educator, who has held leadership positions in academia, think tanks, and the United Nations. He is Professor of the Practice of International Politics at the Fletcher School of Law and Diplomacy, and the Tisch College of Civic Life at Tufts University. He was Director of the Institute for Global Leadership at Tufts from 2017 to 2022. He served as President of The Hague Institute for Global Justice from 2013 to 2016. The Hague Institute was shortlisted for the 2014 Prospect European Think Tank of the Year Award. From 2011 to 2012, Dr. Williams served as Senior Vice President of the Center for Conflict Management at the United States Institute of Peace (USIP) in Washington, D.C. He led USIP's work in major conflict zones, including Afghanistan, Iraq, and Libya. He served as Vice President of USIP's Center for Conflict Analysis and Prevention from 2008 to 2011, and directed programs and operations on conflict prevention, Iran, and Northeast Asia.

From 2001 to 2007, Dr. Williams served as Director of Strategic Planning for UN Secretaries-General Kofi Annan and Ban Ki-Moon. He gained valuable field operational experience, serving with the UN from 1994 to 2000 in peacekeeping operations in the Balkans and Haiti, in senior political and humanitarian roles. He has served as Associate Dean of the Africa Center for Strategic Studies at the National Defense University in Washington, D.C., and held faculty appointments at the Walsh School of Foreign Service at Georgetown University and the University of Rochester.

Dr. Williams has furthered his impact on international affairs and education through service on several boards. He was Chair of the Academic Council on the United Nations System (ACUNS), and a member of the UN Secretary-General's Advisory Board on Disarmament Matters, the World Economic Forum's Global Agenda Council on Justice, the U.S.-Netherlands Fulbright Commission, the Lester Pearson College UWC Board of Trustees, and the International Board of Directors of the United World Colleges. He is the recipient of several awards including the Dr. Jean Mayer Global Citizenship Award from Tufts University and the Constantine E. Maguire Medal from Georgetown University.
(read more)
Career Highlights / Publications Professional Activities Courses / Teaching Activities