Sports and Diplomacy in Action: the 2022 FIFA World Cup at Fletcher 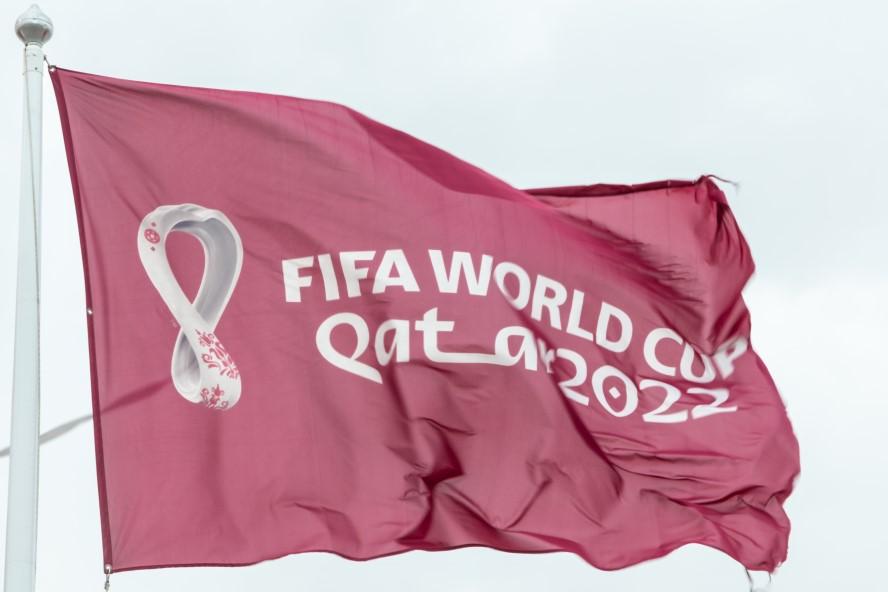 Panel of experts examine the controversies, benefits, and regional and global implications of sports diplomacy.

The World Cup is Coming to Fletcher.

On the day after the games in Qatar open, November 21st, Fletcher is hosting a major Sports Diplomacy Conference featuring 12 of the world's most prominent experts in sports, politics, and foreign affairs to address some of the hard issues the games bring forth, as well as the spirit and national enthusiasm that global games provide.

From human rights, nationalization, and globalization to #FIFA controversies, join us for a discussion that promises to cover the "field."

Monday, November 21 at 5:30-7:30 pm EST
ASEAN Auditorium
The Fletcher School at Tufts University
Food and refreshments will be available afterwards. Space is limited. 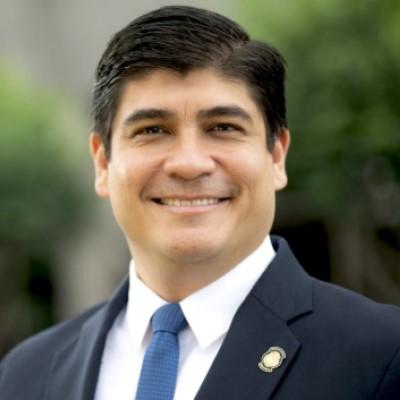 Carlos Alvarado Quesada served as the 48th President of the Republic of Costa Rica from May 2018 to May 2022, when his constitutionally limited term ended. Under President Alvarado's leadership, Costa Rica contributed to global efforts to combat climate change and defended human rights, democracy, and multilateralism.

President Alvarado is a recipient of the 2022 Planetary Leadership Award by the National Geographic Society for his outstanding commitment and action toward protecting the ocean and in September 2019 he received on behalf of his country the Champion on the Earth Award for policy leadership, presented by the United Nations Environment Program. In November 2019, he was named one of TIME's 100 Next emerging leaders around the world who are shaping the future and defining the next generation of leadership. 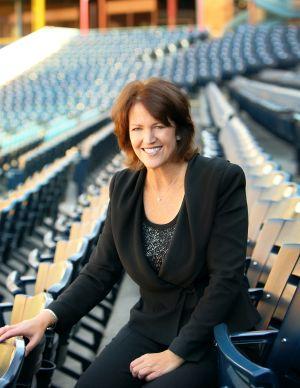 Christine Brennan is an award-winning national sports columnist for USA Today, a commentator for CNN, ABC News, PBS NewsHour and National Public Radio, a best-selling author and a nationally-known speaker. Named one of the country's top 10 sports columnists by the Associated Press Sports Editors multiple times, she has covered the last 20 Olympic Games, summer and winter.

In March 2020, Brennan was named the winner of the prestigious Red Smith Award, presented annually to a person who has made "major contributions to sports journalism."

Brennan is the author of seven books. Her 2006 sports memoir, Best Seat in the House, is the only father-daughter memoir written by a sports journalist. Her 1996 national best-seller, Inside Edge, was named one of the top 100 sports books of all-time by Sports Illustrated.

She has received honorary degrees from Tiffin (Ohio) University and the University of Toledo. She is a member of Northwestern's Board of Trustees. 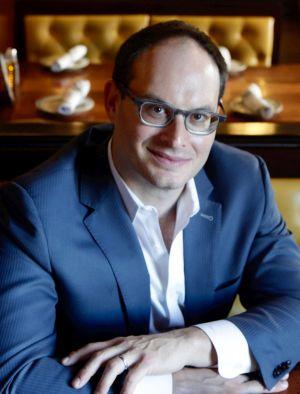 Franklin Foer is a staff writer at the Atlantic. For seven years, he was editor of the New Republic. In 2004, he published How Soccer Explains the World: An Unlikely Theory of Globalization. The book was translated into 28 languages. Sports Illustrated called it "one of the most influential books of the decade." 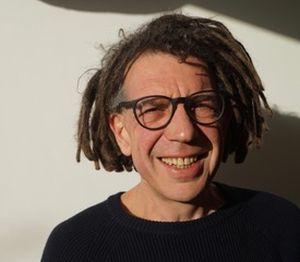 David Goldblatt is a writer, academic and journalist. Goldblatt currently teaches for the Football Business Academy in Geneva, and is a regular visiting Professor at Pitzer College, Los Angeles, and is an Honorary Fellow of the International Centre for the Culture and History of Sport at De Monfort University, Leicester.

Goldblatt’s journalism has appeared in the Guardian, the Observer, the Financial Times, the New York Times, Prospect, New Statesman, the Times Literary Supplement and many other publications. Goldblatt has won the sports story of the year at the Foreign Press Association Media Awards in London three times.

Goldblatt has also authored numerous books about the game of football, include The Ball is Round: A Global History of Football in 2006, and its successor, The Age of Football: The Global Game in The Twenty First Century, which published in 2019. In 2015 won the William Hill Sports Book of the Year Award for The Game of Our Lives: The Making and Meaning of English Football.

As described by Professor Dominic Sandbrook of Oxford University in the Sunday Times, Goldblatt is "not merely the best football historian writing today, he is possibly the best there has ever been." 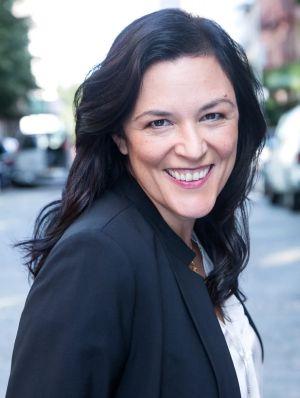 Natasha N. Iskander, Professor of Urban Planning and Public Service, conducts research on the relationship between migration and economic development. She looks at the ways that immigration and the movement of people across borders can provide the basis for the creation of new knowledge and of new pathways for political change. She has published widely on these questions, looking specifically at immigration, skill, economic development, infrastructure, and worker rights, with more than 40 articles and book chapters on these topics.

Her first book, Creative State: Forty Years of Migration and Development Policy in Morocco and Mexico (Cornell University Press, ILR imprint, 2010), looked at the ways that migrant workers transformed the economic development policies of their countries of origin. It received the International Studies Association – Distinguished Book Award in Ethnicity, Nationalism and Migration Track and was a Social Science Research Council—Featured Publication. Her most recent book, Does Skill Make Us Human?: Migrant Workers in 21st Century Qatar and Beyond (Princeton University Press, 2021), examines the use of skill categories to define political personhood, in ways that have become increasingly salient with the hardening borders and the pressures of climate change. It received the 2022 American Sociological Association — Sociology of Development Best Book Award and the 2022 American Sociological Association — Labor and Labor Movements Best Book Award.

Dr. Iskander received her PhD in Management at the Massachusetts Institute of Technology (MIT).  She also holds a Masters in City Planning (MCP) from MIT, and a BA in Cultural Studies from Stanford University. In addition to her research, she engages in development and organizing work with partners ranging from the World Bank to unions and NGOs, internationally and in the United States, on issues of urban development, migration and development policy, and migrant worker rights. 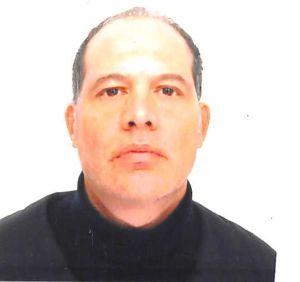 Simon Kuper (born in Kampala, Uganda in 1969) was educated at Oxford University and Harvard. Kuper has been working for the Financial Times since 1994, and now writes a general column for the newspaper.

Kuper is the author of several books including Football Against the Enemy (winner of the William Hill prize for Sports Book of the Year 1994), Ajax, The Dutch, The War: Football in Europe During the Second World War (2003), and – as co-author with Stefan Szymanski - Soccernomics (2009).

His recent books include The Happy Traitor, his biography of the double agent George Blake (2021) and Barça: The Rise and Fall of the Club that Invented Modern Football, which won the Sunday Times award for Football Book of the Year. His Chums: How a Tiny Caste of Oxford Tories Took Over the UK, appeared in April 2022.

Kuper also writes for magazines in Japan, The Netherlands, Switzerland and other countries. He has won several awards for his journalism, ranging from the Manuel Vázquez Montalbán prize for sports writing in 2008 to the British Society of Magazine Editors' prize for Columnist of the Year in 2016 and 2020. 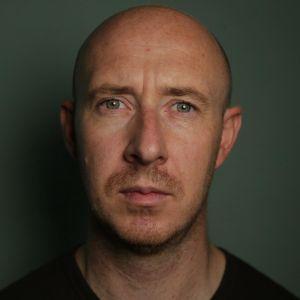 Nicholas is a founding director of FairSquare Research and Projects. McGeehan is an investigator and leading advocate on migrant workers' rights.

McGeehan was a senior researcher at Human Rights Watch for five years, where he conducted research and advocacy on a wide range of rights issues, including work on abuses in agricultural supply chains and heat-related deaths in the construction sector.

McGeehan has a PhD in the international law on slavery, forced labour and human trafficking and is the author of several peer-reviewed journal articles and book chapters addressing migrant workers' rights. He has written for publications including The New York Times, The Guardian, and VICE and is skilled in public and private advocacy and media relations. He is a member of the Advisory Board of the Bahrain Institute for Rights and Development. Nicholas speaks English, French and is learning Polish. He is based in France. 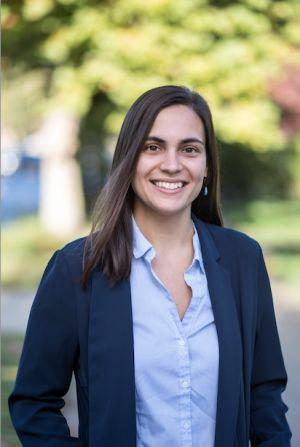 Lauren McGowan is a MALD student at The Fletcher School. Her studies are focused on international negotiation, conflict resolution, and human rights. Lauren is the Co-Captain of Fletcher Football. Professionally, Lauren has interned for the United Nations Office of the High Commissioner for Human Rights and spent five years working with Amnesty International. She has also held research positions with Nonviolence International and Conflict Dynamics International and was a consultant for the Women's March. Lauren has a B.A. in Political Science and a B.A. in Spanish from Rutgers University. 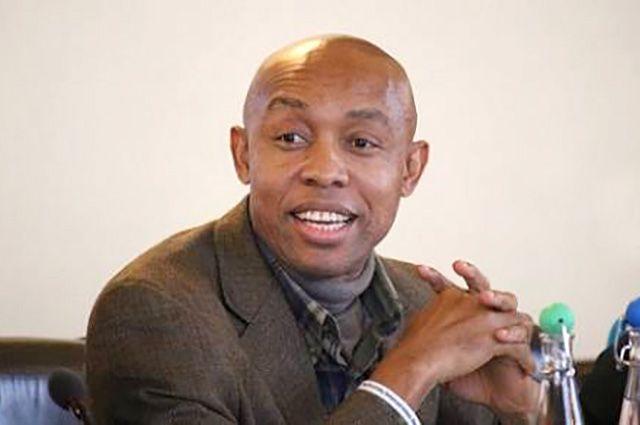 Chidi Anselm Odinkalu is Professor of Practice in International Human Rights Law at the Fletcher School. He previously chaired Nigeria's National Human Rights Commission and served on the panel of eminent persons that negotiated the return of The Gambia to the Commonwealth in 2017.

Odinkalu has acted as counsel in international human rights litigation before Africa's regional human rights courts and tribunals and was involved in the creation of the African Court on Human and Peoples' Rights. He is associated with several advocacy initiatives for the protection of human rights, including the International Refugee Rights Initiative.

His research focuses on contemporary challenges of multilateralism in regional systems in development, human rights and governance. He is the co-author of Too Good to Die: Third Term and the Myth of the Indispensable Man in Africa (Kachifo, 2018). 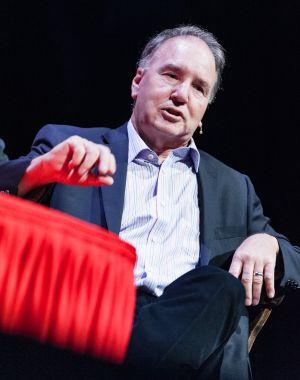 Ambassador Derek Shearer is Chevalier Professor of Diplomacy and World Affairs at Occidental College in Los Angeles. He handles the college's international relations, directing the expansion of its international affairs programs, and serves as Director of the McKinnon Center for Global Affairs.

Derek Shearer served in the Clinton administration as an economics official in the Commerce Department, and then as Ambassador to Finland (1994-97). Among his many accomplishments were the creation of the administration’s coordinated strategy to the Nordic-Baltic region and the hosting of the Clinton-Yeltsin summit in Helsinki.  At Ambassador Shearer's recommendation during the presidential campaign, President Clinton established the National Economic Council in the White House. He was a co-author of the Clinton-Gore campaign program Putting People First.  After diplomatic service, Ambassador Shearer was a fellow at the Economic Strategy Institute and then at the Woodrow Wilson Scholars Center in Washington, DC. He also has been a visiting Woodrow Wilson fellow and ambassador-in-residence at a number of colleges.  He served as a foreign policy advisor to Vice President Gore during the 2000 Presidential campaign and to Senator Hillary Clinton in 2008.

Ambassador Shearer's articles on foreign affairs and public policy have appeared in the New York Times, the International Herald Tribune, the Wall Street Journal, and many weekly and monthly publications. He has authored numerous scholarly and policy articles in books and journals – and has lectured at leading universities in Europe, Asia, Latin America and Australia.

In addition to courses on diplomacy, terrorism, and US foreign policy, Ambassador Shearer has taught courses on entrepreneurship, served on the boards of media and food companies, and as an international advisor to Ziff Brothers Investment Co, and other firms. He has served on the board of the nonprofit relief group Operation USA, and is a member of the Pacific Council on International Policy and the Los Angeles World Affairs Council. He currently resides in Pacific Palisades, California with his wife Sue Toigo, Vera the cat, Jack the dog, and three lady chickens. 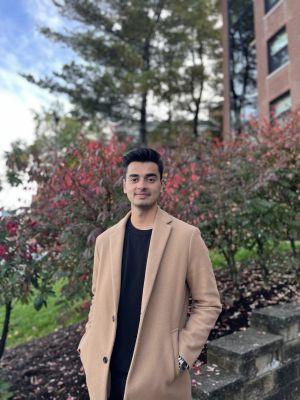 Pranjal Tomar is a lawyer from India, and a current MALD student at the Fletcher School specializing in environmental policy with a specific focus on ESG and private sector sustainability. Pranjal is the co-captain of Fletcher Football. Prior to Fletcher, he worked with Solar Pulse Energy and the United Nations Environment Programme. 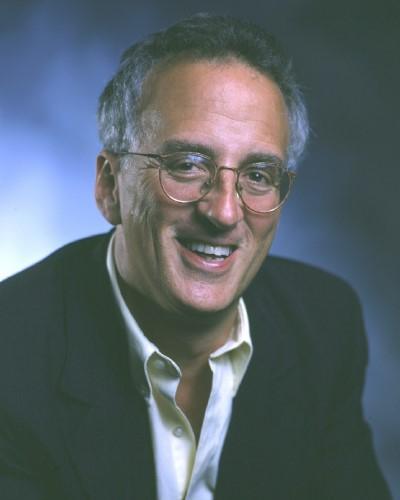 Andrew Zimbalist is one of the nation's leading experts on Sports Economics. He has been in the economics department at Smith College since 1974 and has been a visiting professor at Hamburg University (2011), Doshisha University in Kyoto Japan (2007), the University of Geneva (2003), at Doshisha University in Kyoto, Japan (1985), and a visiting research fellow at Harvard University (1980). He presently is the Robert A. Woods professor of economics at Smith College and a member of the Five College Graduate Faculty. Andrew Zimbalist received his B.A. from the University of Wisconsin, Madison in 1969 and his M.A. and Ph.D. from Harvard University in 1972 and 1974 respectively. He is author of dozens of books including "Circus Maximus: The Economic Gamble Behind Hosting the Olympics and the World Cup."