Experts from The Fletcher School share their perspectives on critical issues during the U.N. Climate Change Conference in Sharm El-Sheikh.

UK has passed on the COP baton, but it still has a responsibility to lead on climate
Business Green, November 23, 2022
Dean Rachel Kyte authored an article for Business Green, describing the United Kingdom's ongoing role in global climate diplomacy.

‘International community must understand that if we bring down India’s emissions it will be good for us globally — we caused the problem, we need to help fix it’
The Indian Express, November 20, 2022
Dean Rachel Kyte spoke Esha Roy of The Indian Express about the global benefits from reducing India's carbon emissions.

Amid Disagreements Between Parties, COP27 Extended by a Day to Continue Negotiations
The Wire, November 19, 2022
PhD candidate Tarun Gopalakrishnan told India's The Wire that India showed support at COP for a loss-and-damage fund, even with India unlikely to be a primary beneficiary.

How to Pay for Climate Justice When Polluters Have All the Money
The New Yorker, November 19, 2022
For The New Yorker, Academic Dean Kelly Sims Gallagher told Bill McKibbon how the Bretton Woods institutions can "fully integrate climate into their mandates."

India's energy transition will transform India and that's a very good thing for the world
The Economic Times, November 17, 2022
In a piece for Indian newspaper The Economic Times, Dean Rachel Kyte described India's "central" role at COP27 and explained how "a greener and cleaner India means a safer and more prosperous world."

Global Climate Summit Offers 'A Master Class in Diplomacy and Negotiation'
Tufts Now, November 15, 2022
Five members of Fletcher's delegation spoke to Tufts Now about their experiences at COP27 in Egypt.

4 signs of progress at the UN climate change summit
The Conversation, November 14, 2022
In a piece for The Conversation, Dean Rachel Kyte wrote that "the pathway forward for ramping up climate finance" is becoming clearer. 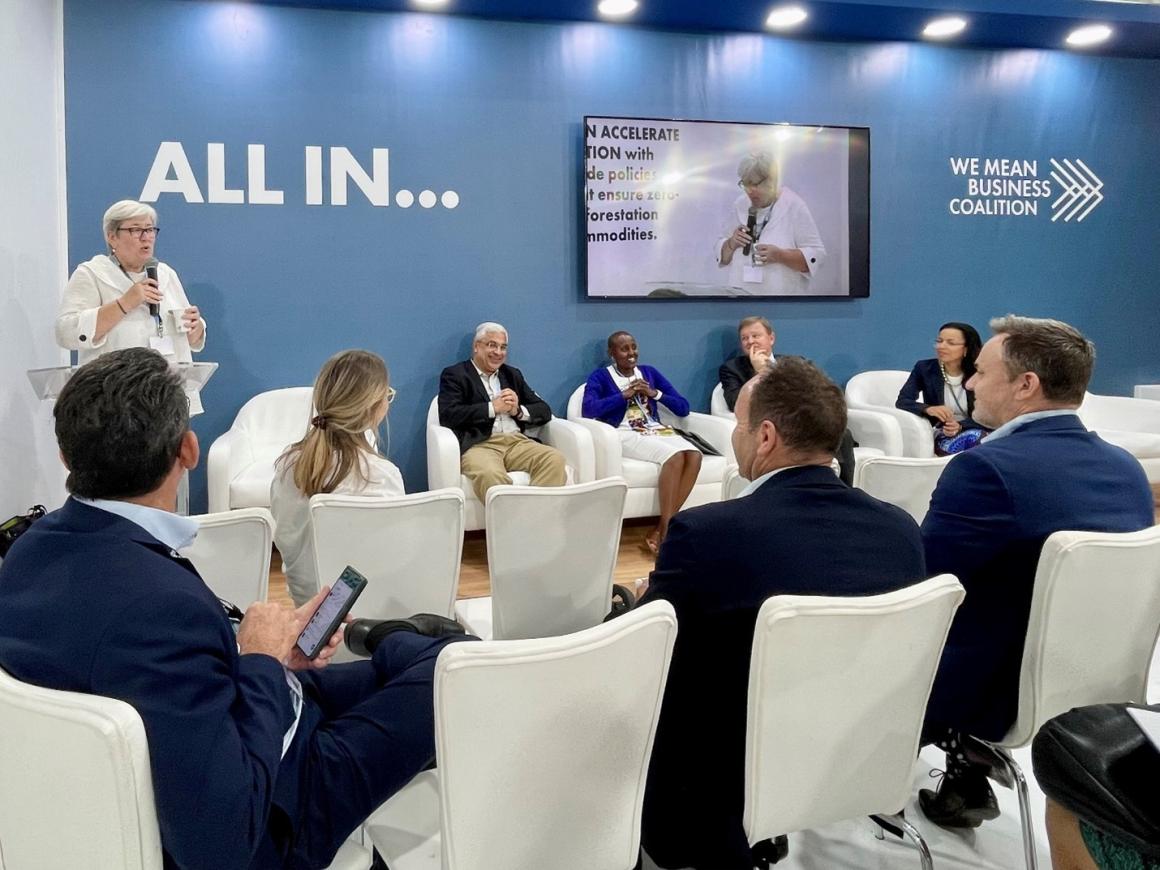 'Out of every crisis comes an opportunity': China, India, and EU could outpace emissions targets, study finds 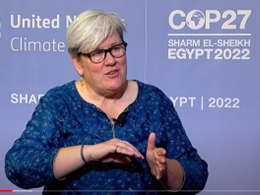 Biden's Message on Climate Might Not Be the One the World Wants
The New York Times, November 10, 2022
In comments to Lisa Friedman, Dean Rachel Kyte relayed frustration she witnessed from African leaders towards the U.S. approach to climate change. 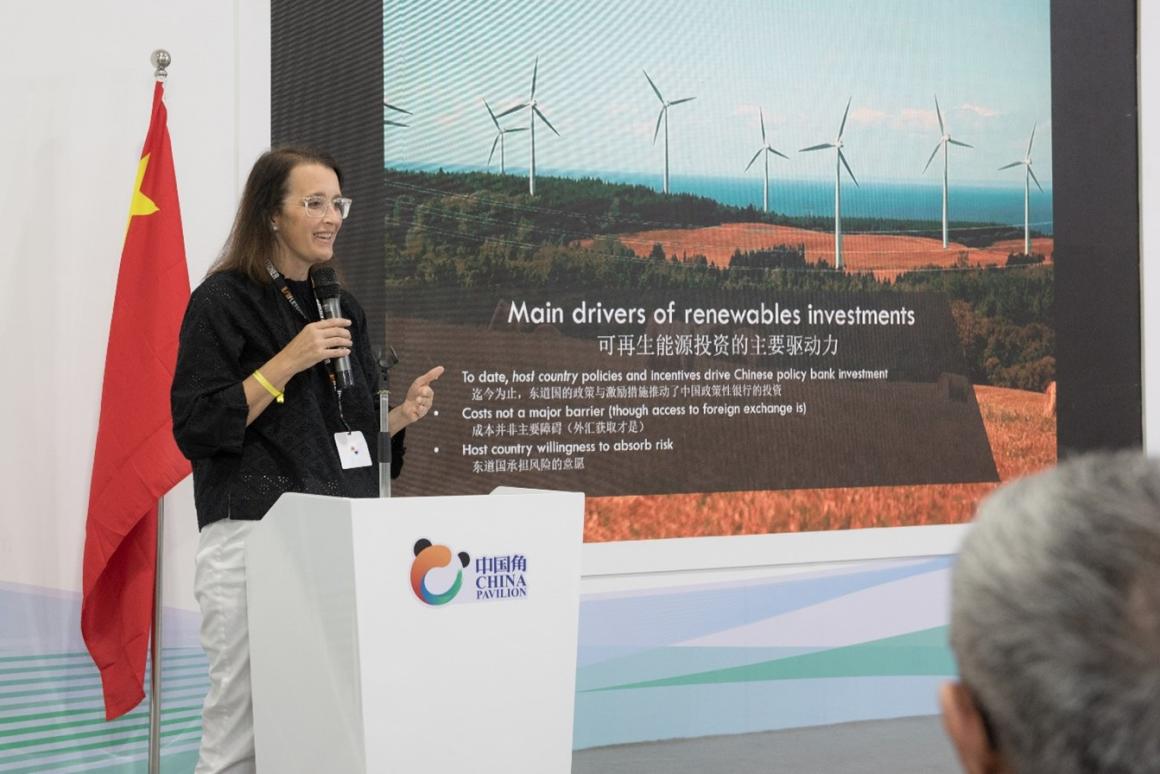 The US-China climate deal was a rare bright spot in an otherwise thorny relationship. Should it be mended?
CNN, November 10, 2022
Academic Dean Kelly Sims Gallagher told CNN that a "healthy competition" between the U.S. and China on clean energy can "benefit everyone."

Rachel Kyte: Dean of the Fletcher School of Law and Diplomacy at the forefront of the fight against the climate crisis
Idis, November 9, 2022
During her visit to Greece before COP, Dean Rachel Kyte spoke to Marilisa Anastasopoulou for a podcast episode about political attitudes on climate change. 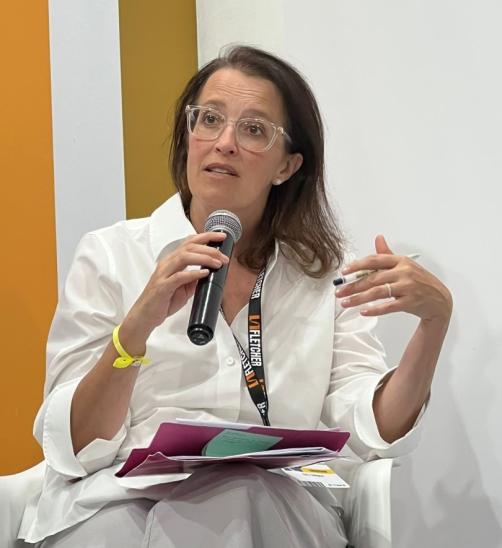 How Putin and Friends Stalled Climate Progress
The New York Times, November 5, 2022
Academic Dean Kelly Sims Gallagher told The New York Times that authoritarian leaders "pose a threat" to tackling global problems, though much depends on if they "perceive climate action to be in their self-interest."

Rishi Sunak and the West must recognise Africa's superpower status at Cop27
The Times, November 4, 2022
Together with Bernice Lee of Chatham House, Dean Rachel Kyte wrote a piece for The Times proposing a new Western approach to Africa during a summit hosted on the continent.

Loss and damage: Who is responsible when climate change harms the world's poorest countries, and what does compensation look like?
The Conversation, November 2, 2022
PhD candidate and CPL researh fellow Bethany Tietjen authored a piece for The Conversation about loss and damage, a major focus for developing countries at the African-hosted climate conference.

World At One: November 2
BBC Radio 4, November 2, 2022
Sarah Montague hosted Dean Rachel Kyte on BBC Radio 4's World at One program for a conversation the U.K. government's approach to COP27. (segment at 38:00)

Two-thirds of US money for fossil fuel pours into Africa despite climate goals
The Guardian, October 31, 2022
Dean Rachel Kyte spoke to Oliver Milman of The Guardian about U.S. policy towards African climate finance, ahead of this year's Africa-hosted COP.

Five ways the world can break the deadlock on funding climate damage
Reuters, September 12, 2022
Looking ahead to COP27, Dean Rachel Kyte authored a piece for Reuters proposing five shifts to speed up progress on climate finance.

6 months after the climate summit, where to find progress on climate change in a more dangerous and divided world
The Conversation, May 10, 2022
At the midway point between COP26 and COP27, Rachel Kyte wrote for The Conversation to assess progress and preview future developments.

Fletcher in the News