Ask Tara D. Sonenshine '81 what makes a diplomat great, and she has a ready answer for students. "Be a good listener and storyteller. Be curious. Get out in the field. You have to be on the ground—your ears open, your eyes open, your pulse and your heart racing."

A former U.S. Under Secretary of State for Public Diplomacy and Public Affairs, Sonenshine has joined Fletcher as the Edward R. Murrow Professor of Practice in Public Diplomacy. She also served on the National Security Council as Deputy Director of Communications, as Executive Vice President of the U.S. Institute of Peace, and as a foreign policy field producer for ABC's long-running Nightline news show.

"For me, teaching here is the pinnacle," she says. "This is the moment I can take my years as a diplomat, non-profit executive, and TV news producer and position myself as someone who is first and foremost here for students as they mold their futures."

"I am continuously motivated by curiosity; the role of information, which has grown exponentially; and the role of diplomats and citizens in conflict prevention, mediation, and resolution. That's what makes me want to prepare the next generation of leaders so they can lessen conflict, convey information, be citizen diplomats, and purvey honest news in the spirit of Edward R. Murrow." 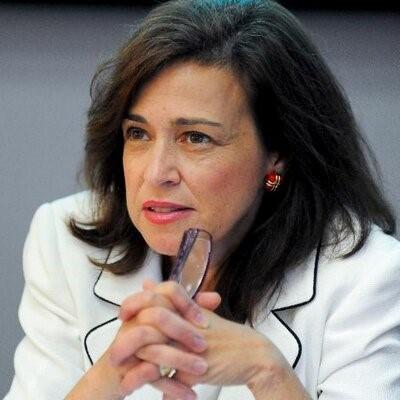 Her wide-ranging course explores public diplomacy, the key tool every nation uses to share its official policy with citizens. Besides giving an overview of diplomatic history from ancient China to TikTok, Sonenshine examines the public diplomacy of Chile, China, Japan, Russia, the U.S., and the Ukraine as well as the policies of Arab and African states.

"I also weave in new issues Cold War diplomats didn't have to face—climate, water rights, and refugees and migration," she says.

She highlights each class with guest lecturers from diverse fields. Speakers include Dr. Sherry Mueller '66 MA, '67 MALD, '77 PhD, the president of the Public Diplomacy Council of America; Reta Jo Lewis, president and CEO of the Export-Import Bank; Jill A. Schuker '70 MA, an OECD advisor; and Kristin Lord, president and CEO of IREX, a non-profit dedicated to empowering youth and cultivating leaders.

"They give students a sense that all history has real-life relevance, that all the infrastructure that every nation builds to communicate with has actual people out there connected to this field," says Sonenshine.

Her fascination with international affairs began as a child. Her grandmother emigrated to the U.S. at the age of 20 fleeing pogroms and anti-Semitism in Lithuania. She never spoke of her life in Europe. Sonenshine grew up wanting to understand conflicts that forced people from their homes. She treasures transparency—"In this course, we do tell the stories. We do tell the history, because those who come after us will be curious and will ask what happened."

As Under Secretary of State, she was constantly on the road as point person overseeing the nation's 'soft' diplomatic power. In Pakistan, she explained to students why the U.S. ordered drone strikes on its border with Afghanistan. In China, she worked with its education ministry on sports and health issues. In India, she helped develop community colleges, and in Africa and Japan, she met journalists and Fulbright students. 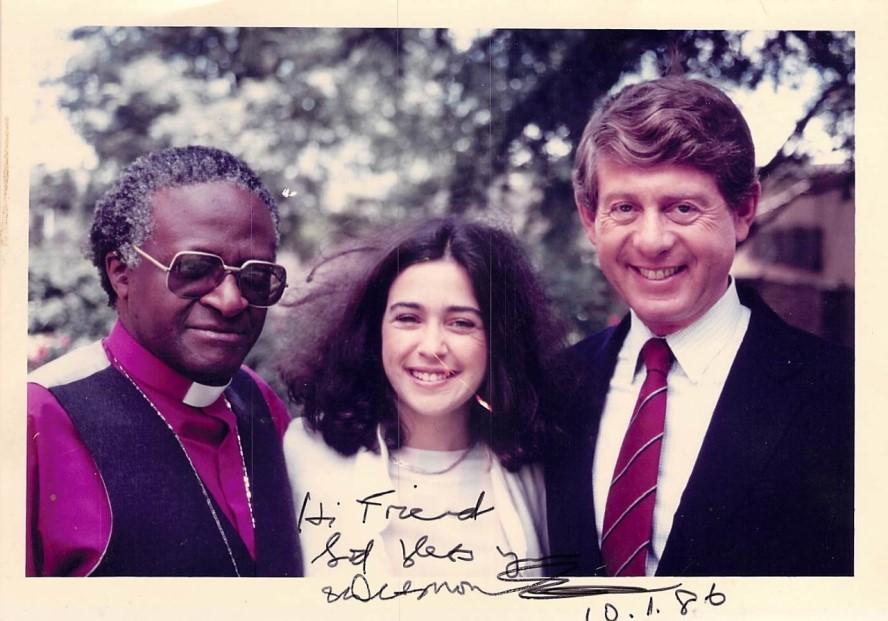 Later while serving as the equivalent of press secretary for the National Security Council, Sonenshine says, "I went from being the hunter to being the prey." Reporters rang her every morning for scoops or updates. "Everybody wanted to be first. It was about building relationships with correspondents to make them feel that you are fair," she says.

Her first job after Tufts as a Nightline producer put her amid the world's most important stories—the fall of the Berlin Wall, the release of Nelson Mandela, and the aftermath of Tiananmen Square. "That hunger to understand conflict—and what diplomats and journalists do—was the sweet spot. It was an adrenaline rush to be on the frontline of those stories."

Looking back, Sonenshine says, "It's been a wild ride."