Honoring those who have served in the United States Armed Forces.

On Veterans Day, Fletcher pays tribute to America’s military veterans for their patriotism, bravery, willingness to serve, and sacrifice. This year, we asked Fletcher veterans about their military and academic backgrounds, connecting with the School’s strong veterans community, and what the November 11 holiday means to them. 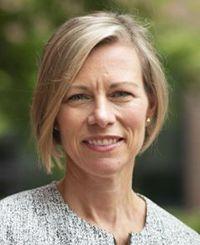 Abi Linnington, who earned her Master of Arts in Law and Diplomacy and PhD at Fletcher, is a Professor of Practice in the School’s International Security Studies Program and a veteran of the U.S. Army where she served for 25 years as a military strategist and aviator before retiring at the rank of Colonel.

From 2016 to 2018, she was a special assistant to the chairman of the Joint Chiefs of Staff and director of the Chairman’s Action Group.

In that position, she supported the chairman in his role as senior military advisor to the president, secretary of defense, National Security Council, and Congress. She worked in the Office of the Under Secretary of Defense for Policy for two years as an advisor on war plans related to European security and U.S. special operations. She was also a special assistant and lead speechwriter for the Chief of Staff of the Army from 2014 to 2016.

Coming from a military family, I grew up listening to my family tell stories about their service in the Army (my father and grandfathers) and working the Department of Defense (my grandmother) and the service of their parents and grandparents in the Army. In 1990 I visited West Point during my college search and was impressed by the cadets’ earnestness and service ethos, and the education particularly in political science and international relations.

While earning a bachelor’s degree in international relations at West Point, I also became interested in military history and the role of the armor branch of service on the battlefield – the role of tanks and armored cavalry in combat operations. In 1994, when I was considering what path to take in the Army, women were not permitted in ground combat roles such as armor branch. I later discovered the history of the air cavalry and decided to become a pilot instead which was a great decision in retrospect. I went to flight school at Fort Rucker, Alabama and subsequently qualified as a pilot and pilot-in-command in the OH-58 (Kiowa Scout) and UH-60 (Blackhawk) helicopters. I was a platoon leader in the 3rdInfantry Division and in the XVIII Airborne Corps (AVIM), both located in Savannah, Georgia. I later served in the Republic of Korea as a company commander in 17th Aviation Brigade, Eighth U.S. Army.

Fletcher as a Turning Point

Coming to Fletcher when I did was a pivotal point in my Army career and set me on a path to become a military strategist and educator. I arrived at Fletcher with about seven years in the service as a junior military officer. After several assignments at the tactical level, Fletcher vastly expanded my thinking about the US’ role in the world, the use of force, and the field of conflict resolution at a juncture in my career development where I could absorb those lessons.

I was also fortunate that the Army was sponsoring my education at Fletcher in preparation to return to West Point and teach in Department of Social Sciences. There is nothing more powerful to hone the mind than the motivation of teaching smart young cadets international relations, negotiations, and conflict management knowing that many of them would soon deploy to Afghanistan and Iraq shortly after graduation. It was the best assignment the Army had given me to date, and it inspired me to return to teaching later in my military career and at Fletcher.

What Veterans Day Means to Me - Recognizing Those who Have Served

There is an ethos of service that pervades our Fletcher community. Our community is comprised of students, faculty, and staff drawn to non-profit and humanitarian work, drawn to public service, drawn to private sector work with an eye toward social responsibility. So when we talk about service at Fletcher, it extends well beyond military service - it is a culture in which many people and practitioners find a common cause to serve humanity globally.  I love that about our school.

For those who haven’t been to a ceremony, Veterans Day is typically observed on the 11th hour of the 11th day of the 11th month, in honor of the end of hostilities, the Armistice following World War I. It is important to distinguish this day, celebrating the service of all military veterans, from that of Memorial Day, observed on the last day in May, which honors military members who have died during their military service.

For me personally, on both of these holidays, it is important to keep in mind the incredible support and sacrifices of military families who stand alongside us as we serve, particularly 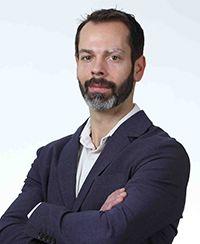 Fletcher student Steve Hunnewell is a former U.S. Army officer with Infantry and Special Operations assignments whose operational charges and experience include time in Afghanistan, the Levant, Iraq, and the Indo-Pacific region.

Synergies between your military service and Fletcher education

Coming from the U.S. Army Special Operations background and experience with the indigenous approach, I entered the program understanding and appreciating the unmatched value of engaging with colleagues drawn from various cultures and backgrounds. The program's diverse pool of high-caliber international participants is humbling in this regard, with each enhancing the cross-pollination of multiple perspectives, empirical knowledge, and theories.

The veterans community at Fletcher

As touched on during the previous comment concerning international classmates and colleagues, the veteran population within the program is each impressive. It is genuinely humbling to be a member of such as cadre. Fletcher's drawing of veterans with various service backgrounds nurtures a fantastic natural ecosystem. The natural ecosystem Fletcher's veteran's community creates provides a conduit to honest reflection and introspection as we seek to learn from the previous 20 years of post-9/11 conflicts that focus on counter-terrorism while rebalancing to an era of constant competition amongst 'Great Powers'. It also affords the chance to reconnect with those one has previously served with. I have personally reconnected with those I had not seen since we deployed together almost ten years prior.

Honoring veterans on November 11, and every other day of the year

There is a widening gap between the U.S. military and the American public that has been exacerbated by nearly 20 years of conflict. Closing this gap takes understanding; the first step to generating genuine awareness is to engage with a veteran. It is not enough to say "Thank You for Your Service" a phrase that I would like to change to "Thank you for Willingness to Serve" -- instead, speak with them, understand why they were willing to heed the call to serve, and what their service entailed. This conversation also helps create an awareness of what we as a nation are asking of our servicemembers. 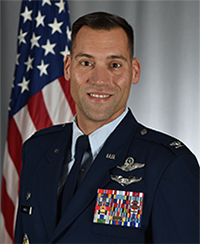 A US Air Force Academy graduate who has been in the active duty Air Force since 1997, Nate served over the past 24 years as an Air Force Special Operations Pilot and a Navigator, and was deployed multiple times to Iraq, Afghanistan, and South America. He attended the Air Command and Staff College and was selected to work in the Air Force Acquisition Office, in the US military Delegation to NATO; and also commanded an Air Force squadron, Air Force Group and a deployed Special Operations Wing. Nate, his wife of 22 years and their two children have enjoyed the numerous adventurous military moves, including twice to Europe.

Synergies between your military service and Fletcher education

Fletcher has always had an important role in developing military leaders. In fact, the military has a program in which it sends officers to a year-long Fletcher program to hone their diplomatic skills.  In the 21st century, military activity is as much about soft diplomatic power as it is about hard military power: From responding to humanitarian disasters to assisting strengthening partner governments and providing foreign internal defense, military members must have an acute awareness of political and cultural nuances. During my time at Fletcher, I have been impressed by the real world experiences that military members have brought to the discussion about cultural fabric and power politics. The rigorous Fletcher academics adds a deep intellectual understanding to political military interactions that military members face today.

The veterans community at Fletcher

The veteran community is much larger than I expected. I have also been impressed by the military experiences of both officers and enlisted service personnel within Fletcher’s degree programs. There is a vast mix of mid-career professionals looking to move out of the military, as well as young officers who seek a better understanding of the global landscape.  Finally, the most important thing is the comradery and support the military members offer to each other.

Honoring veterans on November 11, and every other day of the year

I think it is important to remember that only 1% of this nation serves their country in the military, but behind that 1% are the families and friends who often bear the brunt of deployments, combat related injuries, military moves and other stresses.  I could not have had my career without the loving support of my wife Cynthia and my two children, as they truly allowed me to serve the country. I have also been happily surprised by the level of support I have received from civilians – such as buying me a cold beverage or simply thanking me for my service. I have always been impressed by the patriotism that exists in our country.