Professor Karen Jacobsen studies refugees in towns and across the globe 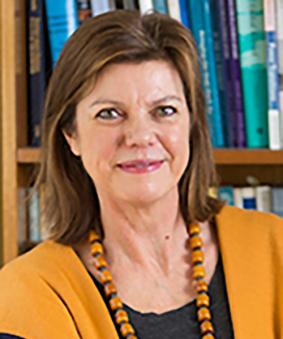 The Fletcher School's Henry J. Leir Professor of Global Migration, and Director of the Refugees and Forced Migration Program at the Feinstein International Center, Professor Karen Jacobsen focuses her current research on urban displacement and global migration systems, with a specialty in the livelihoods and financial resilience of migrants and refugees. Working closely with practitioners and international refugee organizations, she also consults frequently with U.N. High Commission on Refugees (UNHCR), the International Rescue Committee (IRC), the International Committee of the Red Cross (ICRC), UNICEF, and the World Bank.

Jacobsen is currently conducting a research project called Refugees in Towns, which develops case studies of how refugees become integrated in towns and cities. The goal of Refugees in Towns is to understand the process of immigrant integration from the 'ground-up,' and influence policymakers' approaches to integration, beginning at the municipal level. The project also collects narratives of urban refugee and host populations, and seeks to provide guidance and information for community leaders, NGOs and local government officials in order to shape local policy. One such case study, conducted by three then-Fletcher students, focused on the process of refugee/immigrant integration within the New England town of Augusta, Maine. The progress and impact of the research was followed closely by the state's local media, with articles published in the Kennebec Journal in April and July of 2017, highlighting the work of the Fletcher students.

Karen was recently quoted in Newsweek and The Wall Street Journal and was recently published in The Conversation for a piece on the primary motivation for migrants to travel in groups: safety. She has also previously contributed to The Hill and has appeared on-air with C-SPAN to share her expertise around the screening process for refugees entering the U.S.