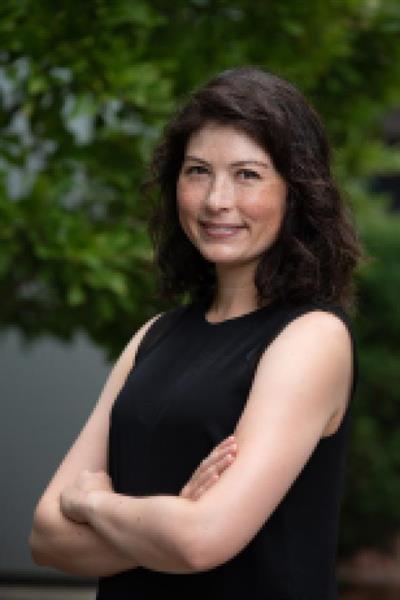 Dr. Elisabeth Leake is the Lee E. Dirks Professor in Diplomatic History and Associate Professor of History at the Fletcher School, which she joined in 2022. She trained in global history at Yale University and the University of Cambridge, where she completed her PhD in 2013. She held a three-year Leverhulme Early Career Fellowship at Royal Holloway, University of London, from 2013–16, before taking up a permanent position at the University of Leeds in 2016.

Dr. Leake's research to date has been broadly focused on the global histories of decolonization and the Cold War. Her first book, "The Defiant Border: The Afghan-Pakistan Borderlands in the Era of Decolonization, 1936–65," rethinks the political development of Pakistan's Federally Administered Tribal Areas. She asks why this region has remained largely autonomous to this day, despite Pakistani and Afghan state-building activities and interference from British and later American policymakers. This book distinctively reintegrates South Asia's border zones into twentieth-century global histories, placing the subcontinent and its peripheries in a wider international and trans-Asian context. Dr. Leake reflects on the impacts of decolonization and US Cold War policies on local political and social developments in the Afghan-Pakistan borderlands, as well as local populations' reactions to shifts in national, regional, and global dynamics. Using the frontier's Pashtuns as a case study, she demonstrates the crucial role that peripheral, potentially "anti-state" actors can play in influencing social, political, economic, and strategic relationships at all levels of governance.

Her second book, "Afghan Crucible: The Soviet Invasion and the Making of Modern Afghanistan," was published by Oxford University Press in 2022. This is a new global history of the Soviet invasion of Afghanistan, 1979–89, interweaving local, regional, and international histories of the civil war of the 1980s. Through an innovative methodology that brings together the perspective of many of the different actors involved in the Afghan civil war - the People's Democratic Party of the Afghanistan, Afghan resistance groups, and refugees; state actors from the Soviet Union, United States, Pakistan, India, Iran, and China; representatives from the United Nations and UNHCR - she explores how the Afghan civil war posed a litmus test not just for Afghanistan but also for anti-colonialism, the postcolonial nation-state, and the international system.

Dr. Leake is currently working on a global history of decolonization and developing a research network examining the comparative and interconnected histories of oppositional politics and modes of dissent in the years immediately following political independence in decolonizing states. She is also one of the organizers of NIHSA (New International Histories of South Asia), a research and public engagement network that explores South Asia's global engagement in historical context.
(read more)

Leake, E. (2016). The Defiant Border The Afghan-Pakistan Borderlands in the Era of Decolonization, 1936-65. Cambridge University Press.