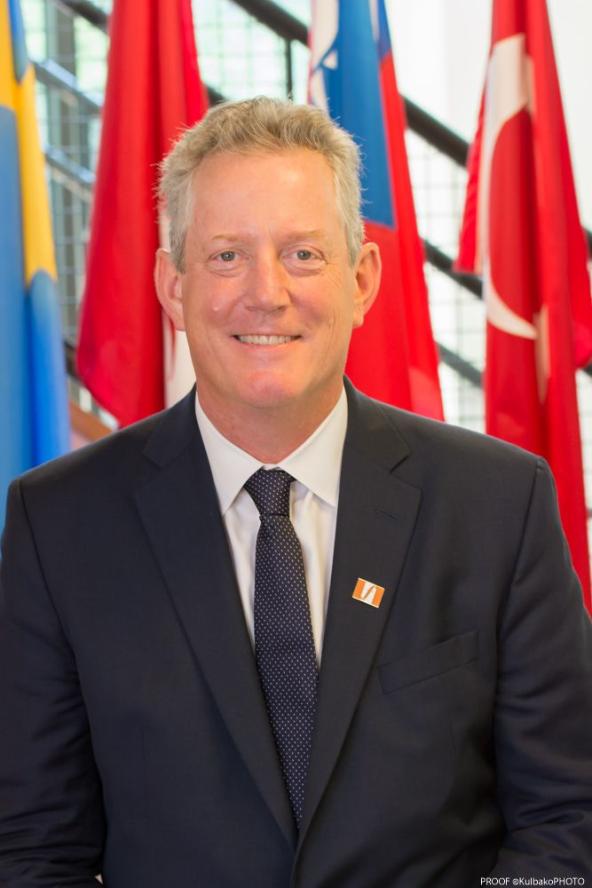 Scott Malcomson brought deep and broad experience to GMAP. Since the mid-1980s, he had worked across the globe as an author (five books), journalist (New York Times, New Yorker), senior government official (State Department, United Nations), NGO executive (International Crisis Group), think-tank fellow (New America, Carnegie Corporation), and most recently as a political-risk analyst and advisor for some of the world’s largest institutional investors. But in this busy life he had never been able to get a degree beyond his BA from the University of California at Berkeley. GMAP’s flexibility, the quality of its faculty, and its interdisciplinary approach were the perfect opportunity

“The economics and business courses covered subjects new to me and tremendously useful in my current work,” Scott says, “but the biggest attraction was integrating those with more familiar subjects into a coherent whole. In some ways, I was using GMAP to pull together the strands of my own life in order to carry it forward. And I could savor the luxury of having time for study."