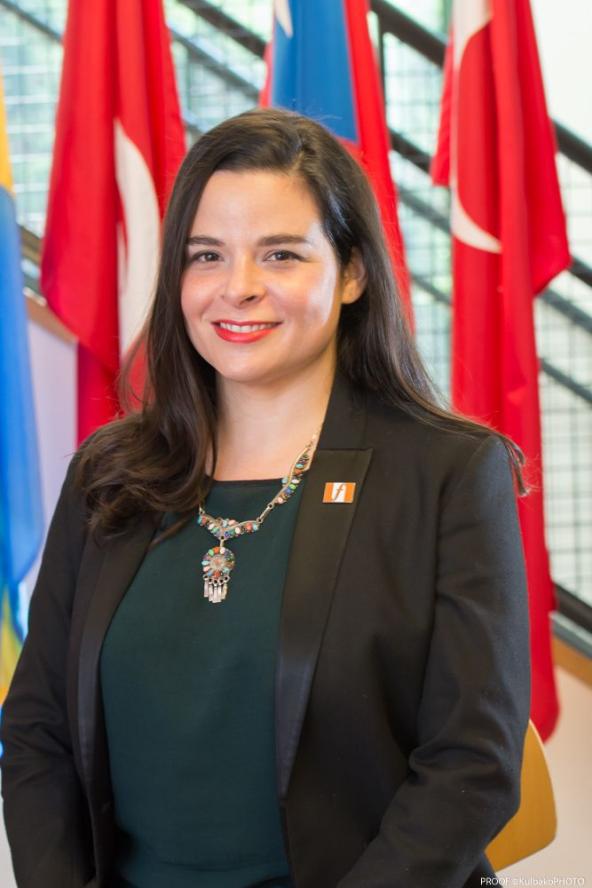 Neri Martinez had her heart set on Fletcher even since she heard Prince Selassie of Ethiopia speak – and found out he’d attended Fletcher’s Master of Arts in Law and Diplomacy (MALD) program. She thought, “If this is where the princes of Ethiopia go, that’s where I want to go.”

Neri, then an undergraduate, worked with the dean of her program at Florida International University to prepare for Fletcher – studying abroad in Italy, completing a service project in Thailand, and developing an international thesis topic. But her senior year, the dean was fired, and her dream deferred.

The daughter of a Cuban-American pastor in Miami, she worked for the city helping homeless people transition to housing, and then got involved in Republican politics. As executive director of the Future Majority Project at the Republican State Leadership committee since 2013, she helped significantly increase the number of women and minorities running – and winning – on GOP tickets at the state level.

Then in the fall of 2018, she happened to hear of GMAP – and the dream was revived. GMAP’s hybrid model enabled her to continue as a senior-level professional in Washington while still partaking in Fletcher’s international relations curriculum. “If it weren’t for GMAP, I couldn’t go to Fletcher,” says Neri, whose dream is finally being fulfilled 15 years after being inspired by a prince.