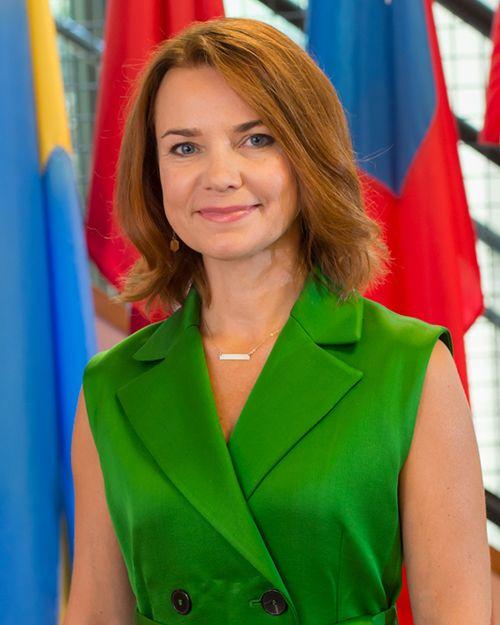 Keit Pentus-Rosimannus (F20) was once known in Estonia as a rebel girl with purple-blue hair, a punk leather jacket, and a ring pierced through her lip. “I have a curious soul and whatever I do, I do it with passion,” she says.

That passion has helped her to become one of the most successful female politicians in Estonia, who has already served as Environment Minister and Foreign Minister and been elected to parliament four times. “I’ve learned that if you really believe in something, you should simply not give up, despite all the difficulties you will encounter on the way,” she says. “For me, difficulties are instruments, devices you use, to become stronger. I’ve experienced more than once that things fall into place shortly after you were one inch away from giving up.”

Keit does not come from a political dynasty or a wealthy family, nor has she had the privilege of relying on a senior mentor, so everything she has achieved, she has done on her own. “That gives you freedom, as you do not owe anything to anyone,” she explains. The two topics closest to her heart are climate policy and security policy, particularly vis-à-vis Russian disinformation operations and influence campaigns in social media. Keit has an edge on researching the topic, given that Russian is one of half a dozen languages she understands, along with Estonian, Finnish, French, German, and English, which she started to teach herself as a girl by listening to Metallica lyrics.

“I feel that joining Fletcher has been one of the best decisions I’ve recently made. It is a vibrant, intelligent, and very warm circle of dedicated people who share similar interest in international relations,” she concludes. “The professors are the best of the best, but the things you learn from discussions with your classmates are really priceless.”