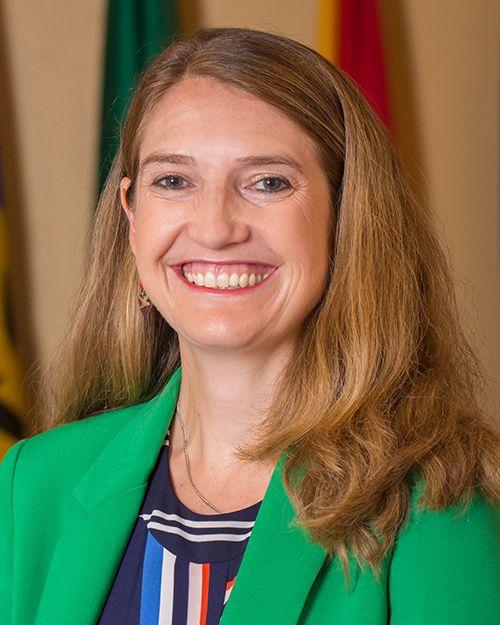 Harriet Cross is not your stereotypical British diplomat. She was born and raised in Yorkshire and did not attend Oxford or Cambridge. Her original thinking, sense of humor, and skill as a manager and leader have led to a distinguished career, including posts as the deputy ambassador to Yemen and the Consul General to Boston. While living in Yemen’s capital, Sanaa, the escalation of the conflict forced her to evacuate the embassy and relocate to Jeddah, Saudi Arabia. In Boston, she has brought her diplomacy to bear on commemorations of an older war – coming together with the people of Boston to mark the 245th anniversary of the Boston Tea Party.

With more than 20 years of experience as a diplomat, Cross decided to enroll in Fletcher’s GMAP program so that she could obtain her master’s degree while still advancing her career. “I came away with much more than a master’s degree,” she says. She found the discussions with her classmates during the Security Studies and International Politics courses to be incredibly stimulating, and the professors to be keen to engage with the class. In her capstone she explored issues of environmental diplomacy that were important to her personally, expanding her analytical understanding of them. And even before graduating, she had already applied professionally what she learned in the International Negotiation course.

“Finally,” she adds, “I have made friends for life and have access to a vast network of Fletcher alumni who are in every corner of the globe doing all sorts of really interesting work.”